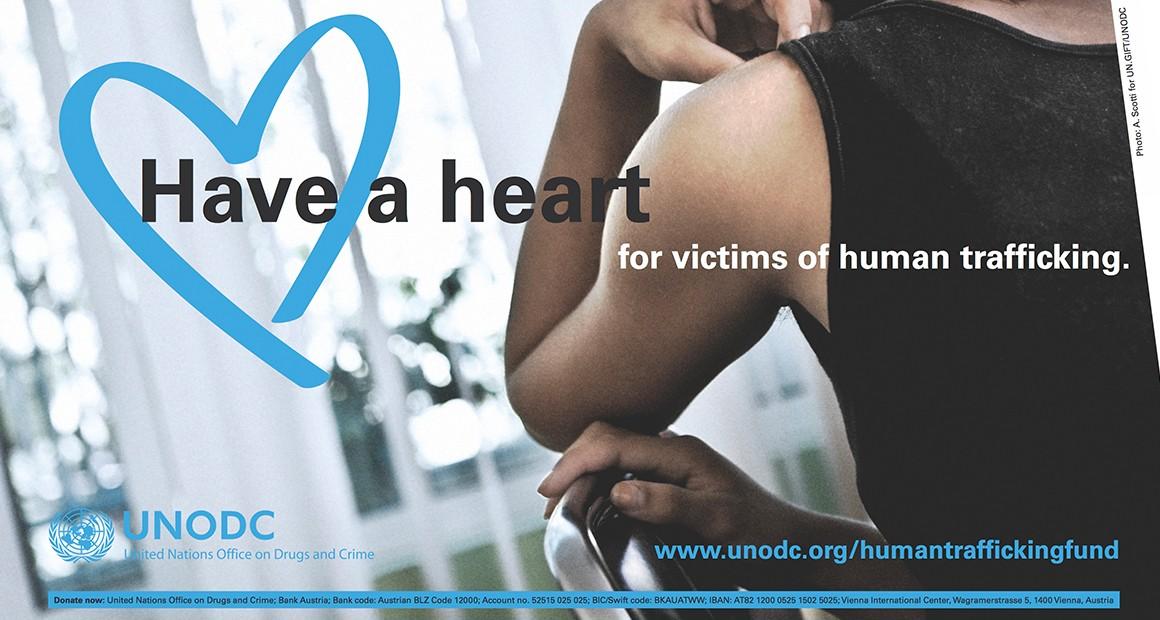 As a partner of the United Nations Voluntary Trust Fund for Victims of Trafficking in Persons, Especially Women and Children the PeopleShare Foundation supports the Trust Fund with regular contributions
Info
News
Photos
Videos
Documents

As a partner of the United Nations Voluntary Trust Fund for Victims of Trafficking in Persons, Especially Women and Children the PeopleShare Foundation supports the Trust Fund with regular contributions. PeopleShare values the objective of the Trust Fund to provide direct assistance to victims, by supporting services to help victims recover from the dehumanising crime that was committed against them, and give them the tools to rebuild their lives and to takes steps to recover their dignity and achieve their dreams.

Human trafficking is a crime that shames us all. It involves the act of recruiting, transporting, transferring, harbouring or receiving a person through a use of force, deception or other means for the purpose of exploiting them. Every year, thousands of men, women and children fall into the hands of traffickers, in their own countries and abroad. Every country in the world is affected by trafficking, whether as a country of origin, transit or destination for victims. Sadly, indications point toward most trafficked persons as never being formally identified – a cruel twist which denies them assistance when they most critically need it. Therefore, in 2010, UN Secretary-General Ban Ki-moon launched the UN Voluntary Trust Fund for Victims of Human Trafficking to provide direct humanitarian, legal and financial aid to human trafficking victims. Since its inception in 2010 the Trust Fund has strived to become a robust and internationally recognized vehicle to afford assistance to victims of human trafficking.

At any given time, an estimated 2.4 million people are trapped in modern-day slavery. Women, children and men across the globe find themselves being enslaved in forced labour and domestic servitude, sexually exploited or used as child soldiers.
According to says the 2012 UNODC Global Trafficking in Persons Report, based on data supplied by 132 countries:

The Trust Fund supports efforts around the world that ensure that women, children and men who have been exploited by human traffickers are identified, treated humanely as victims of crime, and provided with the assistance, protection and support necessary for their physical, psychological and social recovery and reintegration into their communities. Since its inception, the Trust Fund has been a key global mechanism through which funds are channeled to victims and survivors of human trafficking. The Trust Fund also seeks to prevent trafficking in persons, and to reduce the vulnerability of victims to being discriminated, re-victimized and re-trafficked.
The Trust Fund provides assistance that victims need, such as:

NGOs were awarded grants of up to US$ 25,000 per year for a maximum of three years, through an open, competitive process. The NGOs, which are based in the local communities where the impact of this crime takes the highest toll, are best suited to provide direct assistance. In 2013, through the grants provided to 9 NGOs selected by the Small Grants Facility of the Trust Fund, nearly 2,000 individuals have been directly assisted and tens of thousands have been indirectly assisted through outreach via brochures, leaflets, and radio and the awairness raising initiative called the Blue Heart Campaign (www.unodc.org/blueheart).

The 9 organizations that implemented projects in 2013 with funding from the Trust Fund continue to provide victims and survivors of trafficking in human beings with critical assistance, such as legal support and advice on victims’ rights, appropriate treatment for physical and mental abuse, a safe place where victims can recover, vocational, life skills or literacy training for adults, schooling and training in life skills for children, and compassionate support in a caring environment.
UNODC released a booklet in May 2013 with individual stories of real cases of human trafficking, told by victims that were assisted by the NGOs supported by the Trust Fund.

These are stories of some of the many women, men and children who have gained a second chance at life, thanks to the effective and compassionate work of the NGOs providing direct assistance to victims of trafficking. Their names were changed to protect their identities, but their stories are true, and they highlight the diverse forms that human trafficking can take. They remind us that stories like these can happen anywhere in the world.
The Victims’ Trust Fund has one primary objective: to provide the opportunity for people from all walks of life including Governments, the private sector, international organizations, NGOs and individuals to work together to help victims of human trafficking in a practical and tangible manner.

However, victims of human trafficking across the world are in dire need of more support. With increased level of funding, the Trust Fund could increase its outreach and deliver more grants to organizations directly assisting the victims, thereby helping to reach out to those human beings that have suffered from the horrendous crime of human trafficking

Help build a better tomorrow for those victimized and
exploited by human traffickers. By donating to the Victims’ Trust Fund, your money can and will assist survivors of this crime in taking back their lives and rebuilding their futures.

Find out more at www.unodc.org